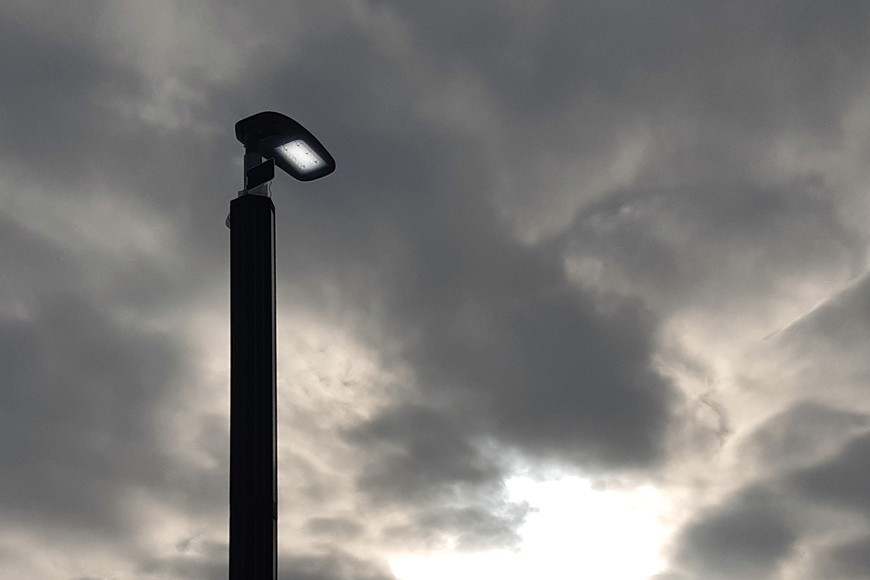 Having launched its first solar LED street lights in 2017, today ECOLIGHT is working on the first smart solar solution based on IoT (Internet of things) technology. Meet MARAMA SOL, ECOLIGHT’s first self-learning autonomous outdoor LED lighting system powered by solar panels. The final version of MARAMA SOL v.1 is scheduled to reach the market this year and MARAMA SOL v.2 (with cylindrical solar panels and LEGO-type modifiability) in 2022. Both products are scheduled to be presented at LIGHT ME 2021 (Dubai) and LIGHT+BUILDING 2022 (Frankfurt Main).

Solar is Here to Say

Smart solar solutions are rapidly growing in demand across the world. In remote off-grid areas such as deserts and jungles, such systems represent the only viable solution to lighting needs. In modern cities, smart solar LED street lights are embraced as the technology of the future that combines environmental, economical, and smart-control benefits. Regulators in Europe, China, and North America are pushing for the adoption of innovative solar technologies, and will continue to do so with increasing pressure. Reacting to growing demand, ECOLIGHT engineers are working hard to be on the right side of technological progress.

The main challenge of solar light technology is that energy production can be very limited in geographical areas with limited sunshine hours. Such areas include northern regions of North America, Europe, and Asia. Powered by IoT technology, MARAMA SOL features an innovative energy management system that can solve this challenge. The control system consists of three main elements:

- Antenna for communication between luminaire and the server;
- Cloud server with a database and special software for data analysis;
- User interface (computer or smart phone).

The system is programmed to analyse historical weather data, and import weather forecasts. By analysing past and future weather data and matching this data with its current energy production coefficients, the system programs the most efficient lighting regime under the current circumstances. In essence, MARAMA SOL is a self-learning machine that always works to optimise the balance between energy production and energy use for lighting. The lighting regime of MARAMA SOL LED street lights can be monitored and controlled by public or private users through a web platform.

Our IT team did incredibly good job in creating fully smart light control user interface - ECOMAS. This very unique interface is able to collect, analyse and suggest the user how solar lights must be operated to exploit sunlight as much efficient as possible. We absolutely believe that if we will make solar lighting to do its job all year round in a country like Lithuania they will perfectly work in all across the Europe.

Today we have 9 test installations across the Lithuania and another 15 to come in March. In March - April we are starting also internationally as MARAMA SOL v.1 prototypes will be installed in Gdansk (Poland), Herrieden (Germany), Ljubljana (Slovenia) and Pula (Croatia). In all these places we are closely co-operating with our local partners without whose help that would be hardly possible. We are talking not only about the physical installation but also about setting up the NB-IoT connection in all these countries.

The experience we got during this harsh Lithuanian winter when temperature used to drop down even to -28 C was very valuable as we learned a lot. After first disappointments we reach incredibly good results. Even during coldest and shortest days when sky was cloudy and snowing we used to maintain batteries fully charged and control the consumption at the right levels which allowed us to keep balance between change and discharge. Even so we are going to continue development our self-learning algorithm to get maximum from that little sunshine we have in our country during winter time.

MARAMA SOL is scheduled to have off-grid, hybrid and on-grid versions. The off-grid version is meant for locations where deployment of traditional lamps in a wired network is impossible or too expensive. The hybrid version is meant for areas where electricity is accessible, but electric supply is unreliable or unstable. On-grid version may work as solar plant collecting and supplying green energy to the grid and using cheap night energy during night. MARAMA SOL is a universal solution that is applicable anywhere from the jungle to the metropolis.

- MARAMA SOL luminaries are compact, easy to transport, easy to assemble, and easy to transform or upgrade using a system of modular components.
- Because it is an autonomous, self-managing and self-learning system, it requires little to no maintenance.
- MARAMA SOL functions on light-on-demand principle, turning light on when necessary, changing light intensity when appropriate, and optimising energy consumption when possible.
- In order to strike the perfect balance between energy production and energy use, it uses complex algorithms that account for energy production coefficients, geographic location, season, historical weather data and the most up-to-date weather forecasts.
- The users have the option to intervene and change the system’s plan. The lighting regime can be altered by just a couple clicks on a smartphone app.
- MARAMA SOL luminaries can work in teams by sharing data.
- Photovoltaic panels are mounted vertically which optimises the collection of solar power and prevents the gathering of dirt, snow and bird droppings.

The project is partly funded by the EU Regional Development Fund.