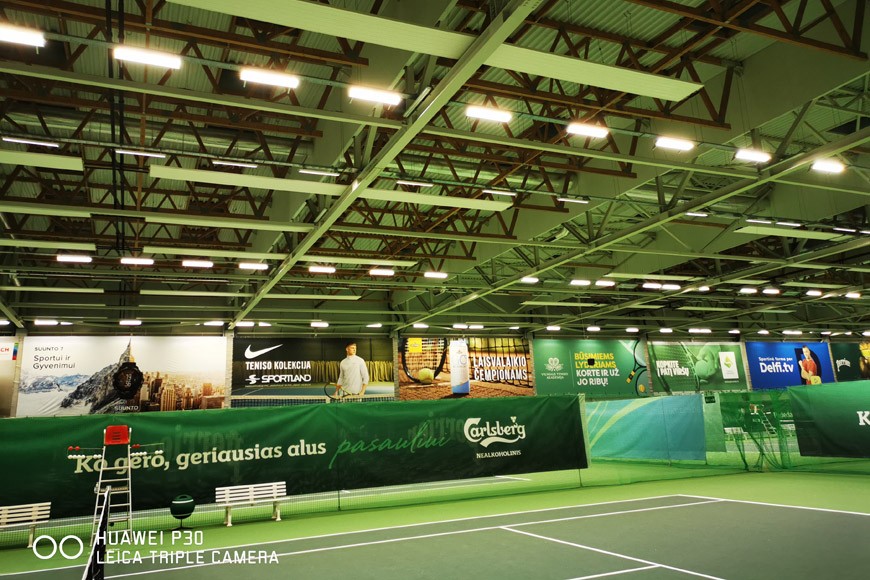 Nearly 300 pcs of SAULA LED LN luminaries were supplied to SEB ARENA tennis courts in Vilnius. "As it was a tennis courts, we had a challenge to reduce glare effects as much as it possible, so we have installed the luminaires at the sides of the courts and mounted them with 15-20 deg. angle towards the center of the court. Such mounting type gave us a great lighting performance, low glare and as leas as possible of shadowing. The brackets produced by ECOLIGHT, allowed us to regulate the exact bank angle at the site, due to high client's standards regarding overall performance" - says Lighting Project Manager at USI International Vytenis Valevičius. "As the client is not only the director of SEB ARENA tennis courts, but also he is a President of Lithuanian Tennis Federation, we really appreciate that client is satisfied with the work done" - says Vytenis.